Variations on Normal, and How to Control the World

I can tell you how to shape a society, and how to lose a culture war.

Do you understand the diabetic who is told that he will die within months unless he changes his diet, yet refuses to give up the junk food? Can you relate when a woman allows her boyfriend to use her as a punching bag? Most of us are frustrated or bewildered to see these people behaving so differently from how we think they should. 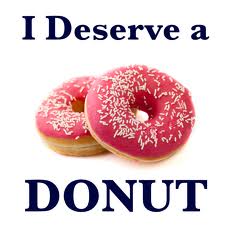 The thing is, we humans possess a malleable sense of normal. We adapt to what we see around us and to the experiences of our daily lives. This helps us to survive. In societies where childhood mortality is high, parents grieve the loss of a child, but they are unlikely to thrash about in a morass of outrage and bewilderment. In a culture where premarital sex is considered typical, fewer people refrain from it. If something is “normal,” we begin to feel that we deserve it. It is hard to control our diabetes if doing so demands that we give up our “right” to a “normal” lifestyle. It is hard to escape abuse if we think that we deserve this “normal” behavior. Normal is powerful because it is one of the fundamental, unexamined assumptions from which we respond to all of life. Normal feels true.

Cultures also develop a sense of normal. Many choices that used to shock are no longer beyond the pale. Home schooling, for example; or divorce and homosexuality. These trends illustrate how a custom acquires the sheen of normalcy through repeated exposure. When home education was still weirdly fringe, mainstream news organs would occasionally run negative articles on those folks who refuse to go to school. This publicity helped spread the perception that home schooling was increasingly common. Enough of that, and mom-as-teacher loses its shock value. When homosexuality was still taboo in mainstream entertainment, negative portrayals of openly gay characters began to creep it. This created the perception that gayness is more common than once thought, and opened the way for positive portrayals.

The terrifying thing about “normal” is that it is based on experience instead of ideals. Sometimes very bad things become normalized, either within a subset of culture or within society as a whole (drug use, racism, narcissism, abuse, etc.). No matter how much someone preaches and teaches about the selfish evils of “X” or the unnaturalness of “Y,” if people see these behaviors as common, they cannot help becoming accustomed to them. Even blogging against something can normalize it—sufficient exposure often equals victory for a once-deviant behavior (and we Americans love exposing everything, from our mid-drifts to the secret lives of our celebrities). That is why conservatives will never win the so-called culture war by trying to erase the perception that many happy people are gay (or promiscuous, or atheists, or music pirates, or even gay promiscuous atheist music pirates). So, how does one deal with this if one does not like our culture’s definition of normal? We can raise our children in isolation from everything with which we disagree so as to preserve the shock value of the more spectacular sins, but eventually our children will see a television and find exposure for themselves. 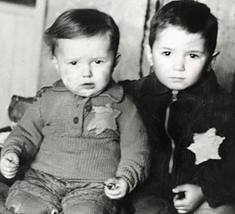 The answer does not lie in clamping down the lid. All dams break someday. Instead, what we need is actually much, much, much more exposure. We need the perspective of humanity’s overall experience and the power of a completely different way in which to view life. We need to study both history and theology. History shows us what is truly normal to humanity, and what is truly deviant (despite what may be common in our own little slice of time). It reminds us of the forgotten losers behind each war or culture clash, and shows us how we ourselves may someday lose. It reveals the consequences of once-popular beliefs, and thereby de-normalizes them (as the Holocaust did for racism and the eugenics movement).

Yet many of the human habits that are typical throughout history (such as greed and oppression) are evils. We need a way to interpret and evaluate history before its study can protect us against all unsavory 'normals.' Human morality isn't a sufficiently powerful interpretive tool, because it is a system of belief that comes from within our own minds or culture. It tells us no more than what we already think and changes as we do. It leads to the conclusion that 'normal' must and will evolve freely and that there is no solid ground, no truth, and no answer except for pragmatism (and pragmatism is a chilly god indeed). That is why we also need to study theology. Christian theology is powerful because it turns life upside down and reveals a perspective that is contrary to all human experience. Theology tells us things that we could never have thought of, seen, or believed. It is crazy in a beautiful way. Theology prompts us to truly examine our perception of normal, because theology is not normal. Only by looking at “normal” from a truly outside vantage point can we escape its bondage.

Christian theology also happens to be true. Not everyone believes this (especially the normal people, perhaps), but it is the one thing in our world that no human being could have come up with. Because it is true, it shows us the errors of history, contemporary culture, and our own minds with unshakable authority. Its authority frees us from ourselves and each other. It tells us what is good and what is evil. The more deeply a person understands theology, the greater their ability to resist the pragmatic power of “normal” with the truer power of “right.”

We need not hide away our children once they are able to tell the difference between normal and right. Instead, we can let them go out into the world, knowing that they can resist the culture's whims and may in fact transform them.

Throughout most of history, a sketch of a cow in a tree would be considered dumb instead of astute. Isn’t it funny to live in a society in which the new normal is to proudly proclaim that one is not normal, and that perhaps no normal exists? 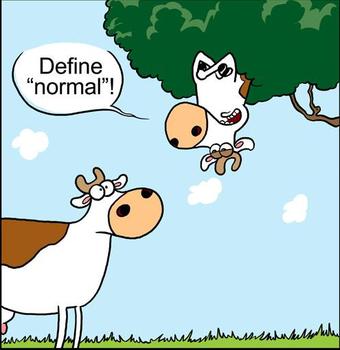