"I Will Pity Mrs. Jones for the Hugeness of Her Task" 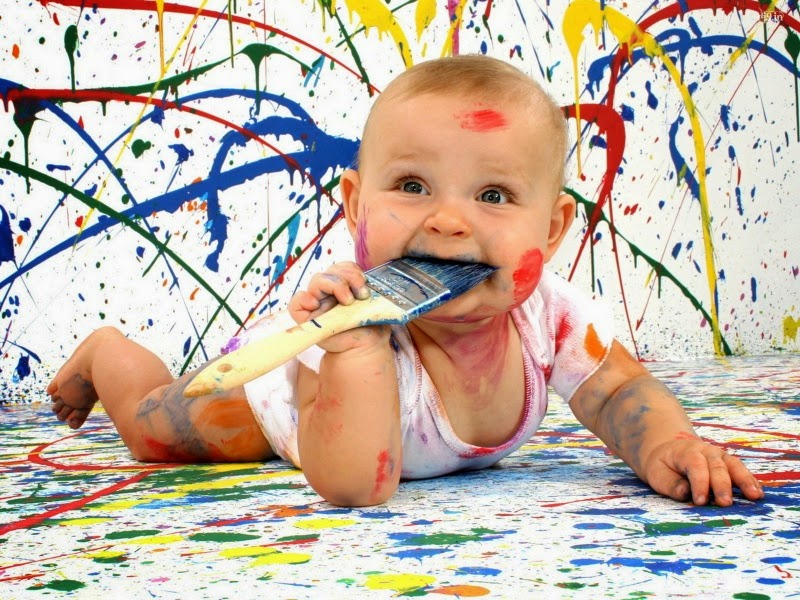 What is this thing that stay-at-home mothers do, confined as they are with a household of small people who sport "delightful bulbous heads, three times too big for the body, which mark these human mushrooms," as G. K. Chesterton affectionately said?

Mothers are painters who work with some of the broadest brushes in the world, because their canvas is hugely enormous and profound.

“Babies need not to be taught a trade, but to be introduced to a world. To put the matter shortly, woman is generally shut up in a house with a human being at the time when he asks all the questions that there are, and some that there aren't. It would be odd if she retained any of the narrowness of a specialist. Now if anyone says that this duty of general enlightenment (even when freed from modern rules and hours, and exercised more spontaneously by a more protected person) is in itself too exacting and oppressive, I can understand the view. I can only answer that our race has thought it worth while to cast this burden on women in order to keep common-sense in the world. But when people begin to talk about this domestic duty as not merely difficult but trivial and dreary, I simply give up the question. For I cannot with the utmost energy of imagination conceive what they mean. When domesticity, for instance, is called drudgery, all the difficulty arises from a double meaning in the word. If drudgery only means dreadfully hard work, I admit the woman drudges in the home, as a man might drudge at the Cathedral of Amiens or drudge behind a gun at Trafalgar. But if it means that the hard work is more heavy because it is trifling, colorless and of small import to the soul, then as I say, I give it up; I do not know what the words mean. To be Queen Elizabeth within a definite area, deciding sales, banquets, labors and holidays; to be Whiteley within a certain area, providing toys, boots, sheets, cakes. and books, to be Aristotle within a certain area, teaching morals, manners, theology, and hygiene; I can understand how this might exhaust the mind, but I cannot imagine how it could narrow it. How can it be a large career to tell other people's children about the Rule of Three, and a small career to tell one's own children about the universe? How can it be broad to be the same thing to everyone, and narrow to be everything to someone? No; a woman's function is laborious, but because it is gigantic, not because it is minute. I will pity Mrs. Jones for the hugeness of her task; I will never pity her for its smallness.”