“You don’t understand,” whined Pettigrew. “He would have killed me, Sirius!”

“Then you should have died!” roared Black. “Died rather than betray your friends, as we would have done for you!”

(Harry Potter and the Prisoner of Azkabaan) 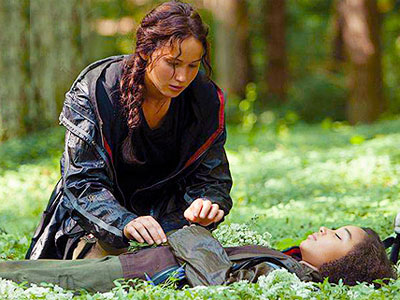 The framing of a question is huge. I could ask, “Should hard-working, undocumented workers receive a chance to earn citizenship?” Yet if I hoped for a different answer, I might say instead, “Should illegal immigrants be required to respect American immigration laws?” My framing would not only reveal my own bias, but would also influence a percentage of poll-respondents and thus shape the final results. Fiction authors are constantly framing moral dilemmas. They do this not only to advance the plot but also to guide the sympathies of the reader.


Suzanne Collins frames the shocking events of The Hunger Games so successfully that readers are able to sympathize with a heroine who kills fellow-teenagers. Her protagonist, Katniss, enters the arena only though sacrificial love for her sister and is clearly a victim of a corrupt system. Furthermore, although Katniss initially communicates a willingness to kill rather than die, the plot is arranged so that she kills only indirectly or when motivated by strong emotions with which reader can identify. In the end she even risks her own life in an effort to save a friend and fellow contestant. In the world that Collins has created, Katniss did the best she could in a terrible situation.


Yet the thing about dilemma-framing is that it involves a certain sleight-of-hand. I can ask a toddler, “Do you want to wear the blue shoes or the red shoes?” cleverly framing the situation in order to prevent discussion of the yellow boots. Collins has chosen to present Katniss’ experience in a way that prevents readers from pondering the implications of the missing options. 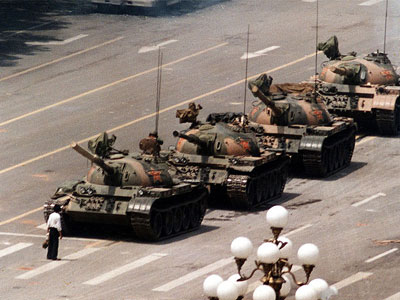 While reading The Hunger Games for the first time, I hoped that Katniss would rebel completely. The degradation that she endured, not only by committing horrible acts but by doing so as the slave of masters who wanted entertainment, is horrifying. I wanted her to refuse to participate, perhaps in solidarity with other decent teenagers. Yet Katniss is not a person who is willing to sacrifice herself for an idea, a gesture, or in hopes of inspiring change in the world. Even when she is later made into a political figure by others, her choices are driven only by personal loyalty to a few beloved people.


Collins has created a character who is pragmatic and deeply damaged by the tragedy she has endured. She is believable. Yet something about this world is not realistic: there is no religion, no ideology, no philosophy. No one is guided by belief. Is there any oppressive regime in the world that does not use belief to try to control the population, or any resistance to oppression that does not involve belief in something better? In Collins’ world, characters are influenced only by love for individuals or ambition for power, neither of which is based on something bigger than themselves and their friends. Even the loyal Peta’s reluctance to lose his identity as a decent person does not involve an external definition of “decent”— and by the end of the series, he is willing to support any act so long as it helps to protects Katniss. 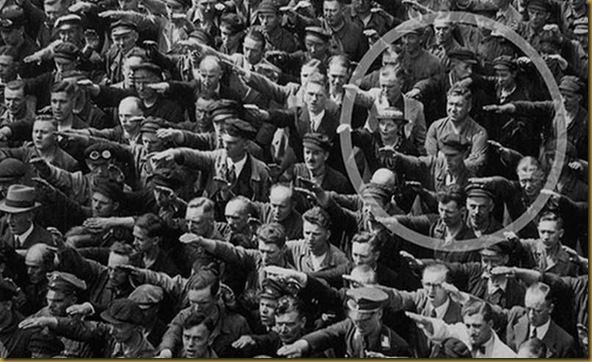 The characters of The Hunger Games face their dilemmas without the support of beliefs, and this limits their options. Yet the thing is, in real-life moral dilemmas, there are always options—and sometimes the hidden option is to suffer. Sometimes death is better than degradation. Sometimes doing the right thing in a horrible situation is a victory regardless of the cost. It can be argued that Katniss did the right thing when she risked her life to save her friend Peta. Glad as I was that she did not betray him, I cannot help feeling that this kind of morality is not enough—motivated only by personal loyalty, and perhaps fear of ostracism, it does not free Katniss. She is still trapped within a pragmatic, tribal outlook that leaves her a pawn among both tyrants and rebels, and ultimately does not give her much hope in the face of continued tragedy. 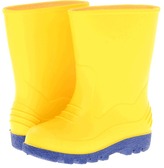 It is tempting to say that The Hunger Games is a series without belief. Yet perhaps the yellow boots are present after all, and the story does communicate a strongly-felt understanding of morality. In this series, it is notable that only ambitious and ultimately dangerous characters think that they know how the world should be run, and are eager to implement this vision. Leadership itself is dangerous because it involves a willingness to assert one’s own vision as superior to another's. In Collins’ world, perhaps belief is too dangerous to be indulged in because it leads to attempts at control, and the only safe option is a kind of moral agnosticism. Perhaps this is the ultimate post-modern morality. If young readers are told that Katniss is a wonderful role-model, they are handed the unspoken message that survival is the highest goal, and that sometimes in life they will have no choices. Also inherent in this message is the understanding that beliefs and ideas (other than individual loyalty to people) are irrelevant in crises, and are certainly not worth dying for.


If an author intends his or her characters to commit some normally-unsympathetic act, it is the author’s job to frame it in a sympathetic a manner as possible. Yet it is also the job of an honest author to demonstrate that the act (as are all acts) is a choice, with a moral weight, and that committing it carries a moral load. Only in this way do books echo real life.