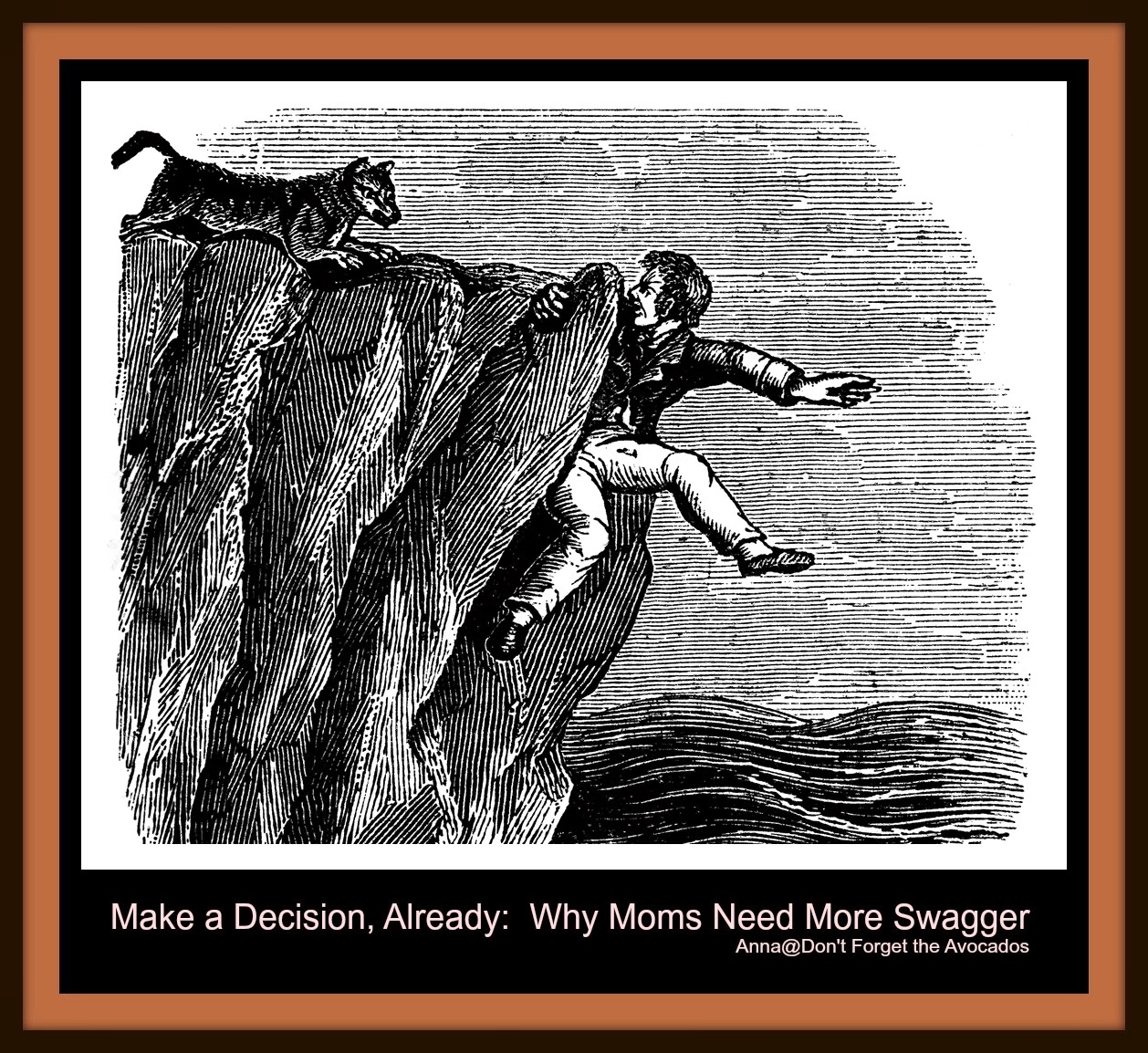 When my adorable son (who hasn’t yet read Dr. Spock) was six-week-old, he seemed to feel that if he was awake, I should be either nursing or walking him. Lying on his blanket or sitting quietly in my lap was dead boring and not to be tolerated for more than five minutes. I joked that the little guy had thoughtfully decided to help me lose the “baby-weight” by preventing me from ever making lunch.

I was discussing this with one of my sisters, and the topic of teaching babies to wait for gratification came up. “Well,” I said, “You can argue against making babies wait. You can argue that by responding to a little baby right away, you are teaching him to trust that you will meet all of his needs. Besides, if he never has to screech his head off to get stuff, maybe he won’t learn to screech his head off. I guess I should just keep walking and nursing him.”

Before she could respond, I added, “But of course, waiting teaches babies that their needs will be met even if there is a delay. If you don’t always give them what they want, maybe they will learn that they aren’t the center of the universe. I guess I should stop always nursing and walking him. But, of course, on the other hand…”

That is the curse of being able to see both sides of an issue. It is difficult to decide on anything. Me, I tend to see both sides so well that I veer all over the place in a cloud of indecision. It’s going to get even worse when my son is old enough to verbalize his opinion. Then I'll veer in three directions instead of just two. I'm not alone in this--I’ve noticed a lot of sweet moms who are too gentle, hesitant, and indecisive. Recently I observed one such mother whose five-year-old son disregarded her simple instruction ("come here"). When dad stepped in to intervene, the mom said quickly, “I’m not sure if I was clear,” and headed off any reproof that might have been given to the boy. She gaves her son the benefit of the doubt just in case her instructions were imperfectly delivered. As a result of this pattern, her child feels free to flaunt his mother’s orders. Even inside my cloud of parental indecision, I know that this isn’t what I want for my family. I would hate the chaos of children who run around my house but don’t respect my authority as a parent.

When I was a child, I assumed that my mom knew everything. If she announced that a behavior was unacceptable, her tone of voice made it obvious that she was right. Even if I didn’t admit it at the time, even if I later broke her rule, I believed deep down that her rule was aligned with the moral core of the universe and that I was being naughty. Her confidence was convincing. A lot of parenting techniques require parental conviction. When my husband was growing up, his parents utilized small fines as consequences for misdeeds. If one of their children was mean to a sibling, the mean child had to pay the fine to that sibling because he or she had been having fun at the siblings’ expense. This consequence is awesome, but it wouldn’t work unless the parent was willing to believe that she was reading the situation accurately and could identify when a child had crossed the “mean” line.

Since my mom knew everything, I’ve been waiting to grow up and know everything too. Unfortunately, that is not working. I’m forced to realize that there is a difference between knowing 100% that one is right, and being willing to act on 90% certainty (or even 65%). Yet sometimes it is a parents’ duty to act, even if she is not fully confident, because a lack of action suggests to a child that doing the right thing is not important. I’ve realized that sometimes we moms need to move past our own internal wibbly-wobblies, throw one side of the argument out of the window, and do something. Sometimes it is a mom’s job to not see her child’s side of an argument (“but…but...I didn’t hear you,” when the kid would have been deaf not to hear, or, “but..but…I can’t pick up my toys because I want to read first,” or, “but..but..it’s not fair”). My mom was never unreasonable or inflexible, but her confident demands gave me security. I felt safe in the hands of a mom who knew what was right, what was wrong, and what was unacceptable. I want my son to have that security too, even if providing it is downright painful for a wibly-wobbler like me.

I realize that some parents err naturally on the opposite extreme. However, for people like me, the parenting challenge that we must meet is the need for confidence. We must get a bit of swagger in our step and a note of authority in our voice. We must act like we know what we are doing.

Even if we don’t. Because who does? Fortunately, God is merciful and children are resilient.

Email ThisBlogThis!Share to TwitterShare to FacebookShare to Pinterest
Labels: Mothering