This poor, neglected blog seems doomed to suffer in silence for a while longer. Baby #2 made her appearance in July, and so far she would rather nurse than allow me to type. She sure is cute, though.

I have managed to compose a few pieces for elsewhere. Here are some links in case you are interested:


Target's Toy Aisles Won't Be Pink And Blue Anymore. Should We Be Mad? (for Sister, Daughter, Mother, Wife).

"One system would like to say that defining boys as beings who wear blue is fine and dandy, and the other would like to say that trying to define boys at all is immoral (and that perhaps boyhood itself is a figment of our antiquated imagination). As this question is fought out, companies like Target (who have no wish to run afoul of the majority) keep a wary eye on the winds of change.

"Yet I think we make a mistake if we wade into the battle as if we must necessarily defend segregated toy aisles in order to uphold traditional beliefs about the sexes."

Why Helicopter Parenting is the New Victorianism (for The Federalist)

"According to ourselves, modern Americans have cast off the ruffles, paternalism, and prudishness of the Victorians. We certainly wear less fabric on our bodies at any given time than they did. However, in at least one way our bosoms beat as one: our cultures are linked by the conviction that it is our job to make the world a better place by reforming the beliefs and behavior of the masses.

"One peculiar way in which this desire to improve the world manifests is in the treatment of select groups from within society. The lives of upper and middle-class Victorian women—ladies who were sheltered, idealized, and expected to provide moral inspiration to their earthier male relatives—is generally seen as a relic of a bygone era. After all, we are so eager to reject patriarchal protection for women that feminists criticize efforts to teach women self-defense as part of rape prevention, and argue that bans against professor-student dating should be eliminated so (presumably, mostly female) students can learn useful life lessons about power and exploitation.

"However, we too possess the urge to protect, elevate, and perhaps infantilize a segment of our population. What the stereotypical Victorians did to women is what stereotypical helicopter parents (or alarmist neighbors) do to children. Examining the similarities tells us at least as much about ourselves as it does the inhabitants of the nineteenth century."

"Our society has ridden out, like doughty knights of old, on a grand quest to promote empathy. It is a noble goal. The ability to empathize (to imagine being in another person’s shoes) helps us to see each other’s humanity. It feeds the desire to treat others as we ourselves would want to be treated. Educators and researchers pursue the teaching of empathy as a way to combat bullying and bring peace to classroom life. The internet is full of articles, like this one from the Washington Post, that ask parents whether they are raising kids who empathize with others. President Obama even believes that the way to evaluate Supreme Court justices is to examine their empathy.

"Yet even though we pursue the holy grail of empathy, we may not be as good at cultivating it as we think we are. A paradoxical lack of empathy flourishes both in the sphere of pop culture and in the more serious world of politics and cultural morality. Right alongside online posts about teaching kids to be nice, we see gleeful articles filled with photos of some unfortunate celebrity whose skirt flew up in the wind."

Because Homemaking Does (And Doesn't) Matter (for Sister, Daughter, Mother, Wife)

"Many women live a conglomerated life. For homemakers especially, the vocations of wife, mother, and keeper-of-the-house are so intertwined that it can be hard not to feel that a weakness in one area makes us inadequate in them all. Often we have no other outlet--no other employment, no cordoned-off hours of the day--that can make us feel successful at something unrelated to our families. In addition, the homemaker’s daily tasks involve serving the people whom we most love. These are not the people for whom we are content to do a “good enough” job." 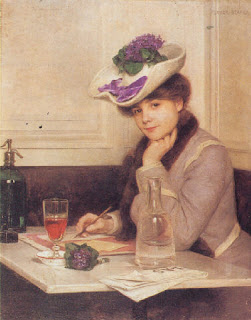